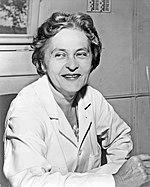 Historically, women have been underrepresented in the renewable energy field. In parallel, the field advanced significantly in the mid-1900s, while for women, careers in STEM were still considered taboo. Much of recorded history depicts women overshadowed by their male counterparts. With March being Women’s History Month, it seemed fitting to highlight a woman whose commitment to a more sustainable lifestyle laid the groundwork for modern solar technology: Dr. Maria Telkes.

Originally from Hungary, at the University of Budapest in 1920. After coming to the United States to join a family member in Ohio, Telkes began to find her niche in the sciences by developing and researching systems that were less reliant on fossil fuels. She is credited with inventing the concept of a solar-powered heating system for the home. In collaboration with the Solar Energy Conversion Project at the Massachusetts Institute of Technology (MIT), the inventor oversaw the construction of five experimental “sun houses” in 1948. She even built a sixth innovative solar home for herself while at MIT, named the Dover Sun House, along with famous sculptor Amelia Peabody and renowned architect Eleanor Raymond. The system utilized bins of water with sodium sulfate solution to trap heat. It also featured a unique wedge-shaped design that allowed for 18 south-facing glass windows to absorb the sun’s rays. In the mid-1940s, a project such as this cost approximately $3,000. In current standard currency, this would be $32,000.

In her tenure, Telkes developed a long list of accolades to accompany her life’s work. She became the first honoree of the inaugural Society of Women Engineers Achievement Award. She was also a recipient of a prestigious grant from the Ford Foundation to develop a solar-powered cooking oven. At the end of her career, she was awarded a well-sought after lifetime achievement award from the National Academy of Sciences Building Research Advisory Board and the Charles Greeley Abbot Award from the American Solar Energy Society. Outside of STEM, she was even recognized for her bravery when she pulled a young girl out of a burning house in 1927.

Appropriately nicknamed the “Sun Queen,” Telkes was ahead of her time in terms of her design thinking in the photovoltaic realm. At the time of her death, she held nearly 20 patents related to solar energy. Through these, her legacy of innovation and commitment to solar accessibility lives on.